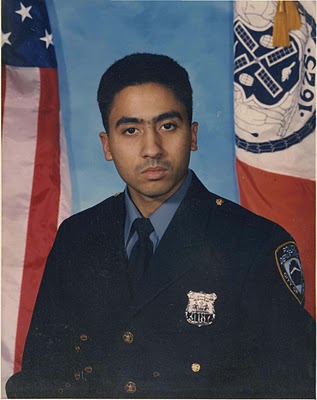 Chili Pimping in Atlantic City: The Memoir of a Small-Time Pimp and Hustler, is the controversial autobiography of Michael Mick-Man Gourdine. I call this guy "America's Favorite Corrupt Cop."

The book pulls no punches and provides an honest and sometimes shocking look at what one man from the wrong side of tracks felt compelled to do to achieve the American Dream.

Gourdine became a pimp who operated primarily on the streets of Atlantic City, New Jersey, while working as a corrupt NYPD cop who specialized in narcotics trafficking and prostitution.

Employed as a police officer from 1990 to 2000, Gourdine reportedly made an estimated $2.5 to 3 million dollars in illegal graft, bribes, prostitution and drug dealing before being fired.

The comments to this entry are closed.