When Americans hear about the cruel torture and abuse of military prisoners, we become outraged that people representing our country would behave like sadistic animals for fun....the truth is, the situation right here in the USA is just as bad if not worse!

Two brilliant and knoweldgeable authors have recently brought this horrific situation to public attention,  and both authors know what they are talking about having both been behind bars! 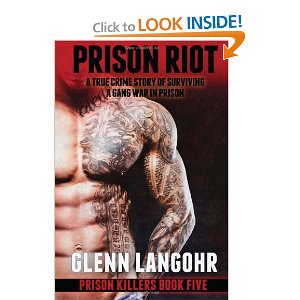 Glenn Langohr ran away from a broken home with a death wish and entered the drug war with abandon. Business with the Mexican Mafia and Hell's Angels became a way of life until the Criminal Justice system interrupted him with Organized Crime charges. In prison he was involved in riots and spent years in the hole. From solitary confinement he started writing and hasn't stopped since. He speaks as a guest Lecturer at Criminal Justice colleges and writes articles for newspapers.

"I want to show the world and the students and leaders of tomorrow, that we are only building bigger criminals by locking up low level offenders, where in prison, an addiction is bred into an affliction much harder to escape."

Listen to an exclusive interview with the author! Just click this LINK!

Facing the U.S. Prison Problem 2.3 MillionStrong. Based on the author's experiences while serving twenty years of incarceration with the Florida Department of Corrections this book primarily addresses the challenges of state prisons, with an emphasis on the Florida Department of Corrections (FDOC). Since this book is about solutions, we must first gain insight about the core problems affecting the prison system in general and the criminal justice system overall. 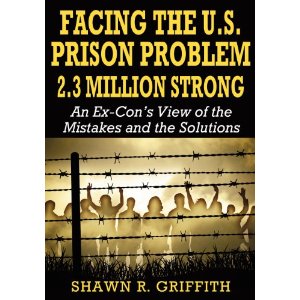 Listen to an exclusive interview with the author! 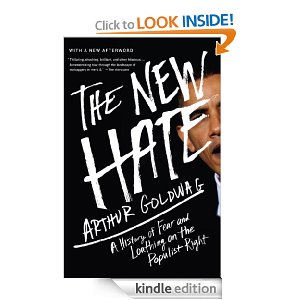 ,Here is a deeply researched, fascinating history of the role that organized hatred has played in American politics. The New Hate takes readers on a surprising, often shocking, sometimes bizarrely amusing tour through the swamps of nativism, racism, and paranoia that have long thrived on the American fringe. Arthur Goldwag shows us the parallels between the hysteria about the Illuminati that wracked the new American Republic in the 1790s and the McCarthyism that roiled the 1950s, and he discusses the similarities between the anti-New Deal forces of the 1930s and the Tea Party movement today. He traces Henry Ford’s anti-Semitism and the John Birch Society’s “Insiders” back to the notorious Protocols of the Elders of Zion, and he relates white supremacist nightmares about racial pollution to nineteenth-century fears of papal plots.  Written with verve and wit, this lively history is indispensable reading for anyone who wants to understand the recent re-ascendance of extremism in American politics.

Listen to an exclusive interview with Arthur Goldwag by clicking this link! 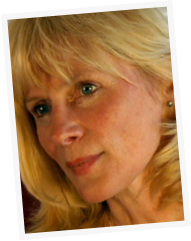 Katherine Ramsland teaches forensic psychology at DeSales University in Pennsylvania and has written every known book in the English language, including the complete works of Wm. Shakespeare, Homer (not Simpson), and all those Dick and Jane books with Spot and Puff -- well, that's an exagerration. She has only written close to fifty books, and they are either brilliant scholarly tomes or off-the-wall stuff about vampires and dead people who, despite being deceased, are remarkably loquacious.

Now this bright bouncy and blond real life "Dora the Explorer" expands her consciousness, and her bibliography, by joining forces with a skeptical ghost hunter and a pragmatic FBI Profiler to solve cases as cold as the corpses who cooperate in the investigations.

BLOOD AND GHOSTS is Ramsland's latest venture into the grave topic 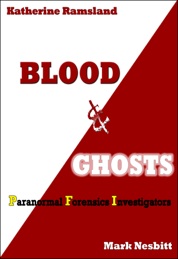 of undead unpaid informants. Just because someone's dead, doesn't mean they don't still have issues. You would think that with all the shrinks who've died, our dearly departed would have no trouble finding counseling, yet there are actually post-death therapy sessions for those who cant quite seem to reconcile decomposition with their self-image.

A freequent guest on prestigious radio and television programs, she is also known for picnics in the cemetary, long walks on the beach, a quiet evening by a roaring fire, and is equally comfortable in a little black dress, full body armour or  tight fitting jeans and tank top . Her hobbies include macreme decopage taxidermy and forensic country line dancing

Most of what you have read here is complete nonsense, except for her being brilliant, fun and intimidatingly over-published.  Buy all her books, and, for a real treat, listen to these exclusive interviews with Katherine Ramsland

Here are her real life credentials:

Professor Katherine Ramsland has a master's degree in forensic psychology from John Jay College of Criminal Justice, a Ph.D. in philosophy from Rutgers University (where she taught philosophy for many years) and a master's in clinical psychology from Duquesne University. Her B.A. from Northern Arizona University is in philosophy and psychology. Before coming to DeSales, she directed one of the Bard Clemente programs in the inner city, which assists people without means to get a start in college, and she has been a therapist, crisis counselor, and psycho-educator, as well as a professional writer. She has published thirty-two nonfiction books, sixteen short stories, two novels, and more than eight hundred articles, and has been translated into ten languages.

She speaks around the country on topics ranging from death investigation to ritual crime to the art of narrative nonfiction. Featured on many television programs, such as the Today Show and documentaries on A&E, the Learning Channel and Discovery, she often consults on aspects of unique subcultures. She has done research for famed criminal profiler and chief of the FBI's Behavioral Science Unit, John Douglas, and she has published a book with another former profiler, Gregg McCrary, The Unknown Darkness. She has also done courtroom research for forensic psychologist Dr. Barbara Kirwin, author of The Mad, the Bad, and the Innocent, and has a part-time psychotherapy practice.

Writing extensively about forensic science and psychology for Court TV's Crime Library, she has published over one hundred articles on serial killers, criminal investigation, and criminal psychology. She is also a frequent contributor to The Philadelphia Inquirer.

The Susan Murphy Milano Collection/ HOLDING MY HAND THROUGH HELL 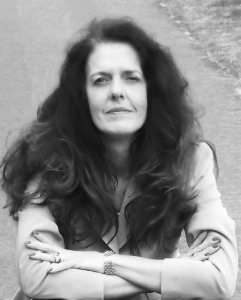 Here, for the first time, is the complete SUSAN MURPHY MILANO COLLECTION.

Just click on any of those dates, and hear Susan be brilliant!

Holding My Hand Through Hell is NOW AVAILABLE! 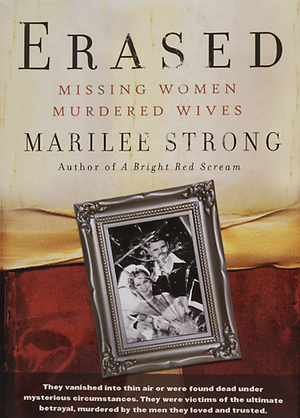 Marilee Strong took time out of her busy schedule of being a brilliant author and famed researcher to talk with Burl Barer and Don Woldman about ERASED: Missing Women Murdered Wives.

To hear this shocking interview filled with important insights, simply click THIS!

Here is the interview as an MP3 .  Enjoy!

Both books are available in both paperback and instant e-book download.

"Diana Britt Franklin has done a remarkable job of researching the life, death, and crimes of one of America's most dangerous femme fatales, Anna Marie Hahn, whose deceptively delicate blonde beauty, home cooking and 'loving care' led at least a half dozen Ohioans to their graves.  Franklin is at her best when she describes justice in the 1930's, allowing readers to virtually transcend the passage of time.  As she describes Anna's sensational death penalty trial, it's easy to feel that seventy years have slipped away and you are there.  True crime readers will want to read The Good-Bye Door."
Ann Rule - author of Heart Full of Lies, Worth More Dead and Green River, Running Red.

"You may read a thousand true crime thrillers (but) you'll never forget this one! ***** Five stars!"
Irena Chalmers - Amazon.com

"Gold Medal Killer plunges readers into the heart of a shocking 1929 scandal involving a respected Ohio State University professor and Olympic champion whose lurid affair with a coed leads to her brutal murder and his execution in the electric chair.  As she did

so effectively in her award-winning book, The Good-bye Door, author Diana Britt Franklin has again struck gold with a meticulously researched, riveting true account of a crime that rocked the nation."
Richard W. Carson - author of Murder In The Thumb

"How could a university professor go from the Olympic podium to the electric chair?  That journey, as recounted in Gold Medal Killer, is so remarkable, so unexpected, that decades later the story still has the power to shock the reader.  Mesmerizing!"
Laura James - trial attorney and crime historian

"Was Ohio State’ s Dr. Snook guilty of the bloody murder of Theora Hix?  Of this I have no doubt.  However, it is the circumstances of her death and the conflicting accounts of the actions and intentions of this puzzling man that lie at the center of the most important question raised by this case and by this fascinating book.  Should Dr. Snook have died in Ohio’s electric chair?  You be the judge for a change."
Judge Teresa L. Liston - Franklin County Municipal Court, ret.

The Alaska Mail Bomb Conspiracy -- Explosive Plot from Behind Bars! 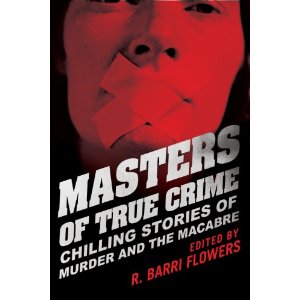 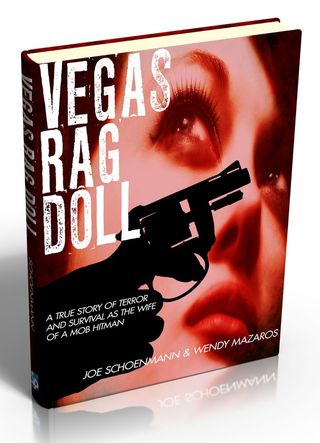 The ladies take the stage as they share heartrending and sometimes hilarious stories of their relationships with the mob men in their lives. Panelists include  author Wendy Mazaros, whose book Vegas Rag Doll deals with her marriage to Union racketeer and Chicago Outfit hitman Tom Hanley, and a surprise visit from a member of the Meyer Lansky family. Moderated by Peabody Award-winning investigative news reporter and author George Knapp.

This event is FREE.  Book sales and autograph signing will be available at each event.  All seating will be on a first come, first served basis. GET THERE EARLY . Entry wristbands will be issued starting at 6 p.m. from the Theater box office on day of event only. If last year is any indication, they will fill up fast…  For more information about any of the Mob Month events, please call the main library 507-3458.

Wendy was our guest twice on True Crime Uncensored.....here she is first time around:  http://adoraburl.typepad.com/Vegas2.mp3

PORTRAIT OF A MONSTER! Exclusive interview with Cole Thompson.

Cole Thompson has the inside scoop on alleged killer Joran van der Sloot. 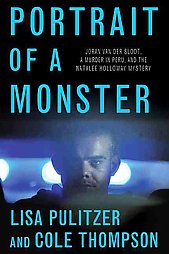 In May 2005, Natalee Holloway disappeared from a high school trip to Aruba. Five years to the day later, 21-year-old Stephany Flores Ramirez was reported missing in Lima, Peru. Implicated in both crimes was one young man: Joran van der Sloot.

A 22-year-old Dutchman, van der Sloot has become the subject of intense scrutiny by the media and the public in the years since 2005. He was arrested and detained by Aruban authorities in connection with the Holloway murder, only to be released after questioning. In 2008, during a Dutch sting operation, he admitted to being present for Holloway’s death—but later recanted his statement.

In 2010, on the five year anniversary of her disappearance, a young business student in Peru named Stephany Flores Ramirez disappeared, only to be found dead three days later in a hotel room—registered to Joran van der Sloot. He was arrested for the murder, and he confessed, but later claimed it was coerced --- which is highly possible, based on what we know about confessions.

This is the first book to offer a probing look at the man tied to two of the most sensational cases of the decade. With unprecedented access to investigative files from law enforcement in the U.S., Aruba, Chile and Peru, Portrait of a Monster offers an unflinching glimpse into the workings of an international manhunt and a chilling portrait of the alleged killer within.

Listen now to an exclusive interview with the author, Cole Thompson!